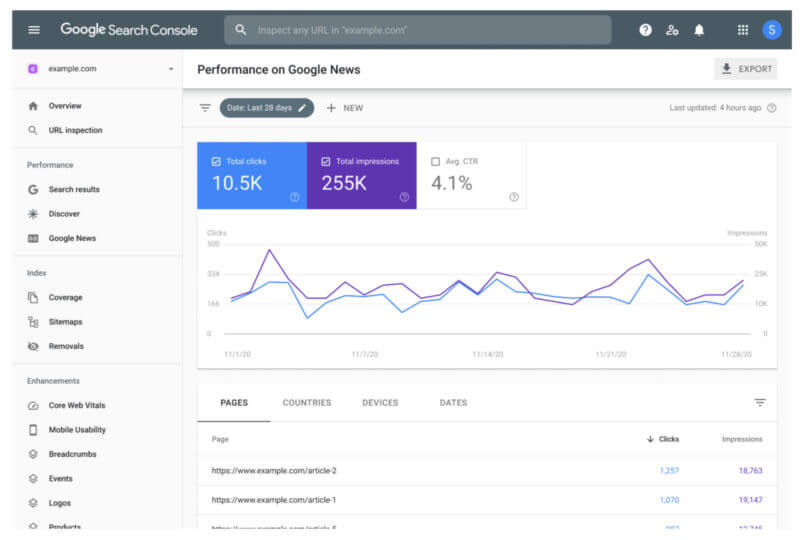 Google launched a new dedicated performance report within Google Search Console for Google News publishers. This report will show on the left sidebar under the “Performance” section for any site that appears in Google News.

Google said it helps news publishers answer questions such as:

You can segment the traffic by page, country, device and data, and filter the reports by date range and other metrics.

What this report is not. This does not include the “News” tab in Google Search, which is covered in the performance report for search, filtered to the news search type – a report Google launched in July 2020 in Search Console.

There is a new help document on this report where you can learn more.

What is looks like. Here is a screen shot of the report:

Why we care. This is valuable data into how well a publisher’s site is performing in Google News proper. That is how many clicks and impressions a news site and its news articles gets through on Google News from news.google.com, and from the Google News app on Android and iOS.

This can help augment your other analytics data around Google News traffic.

Please note, if you do not see this report yet, do not panic – it is probably rolling out slowly.