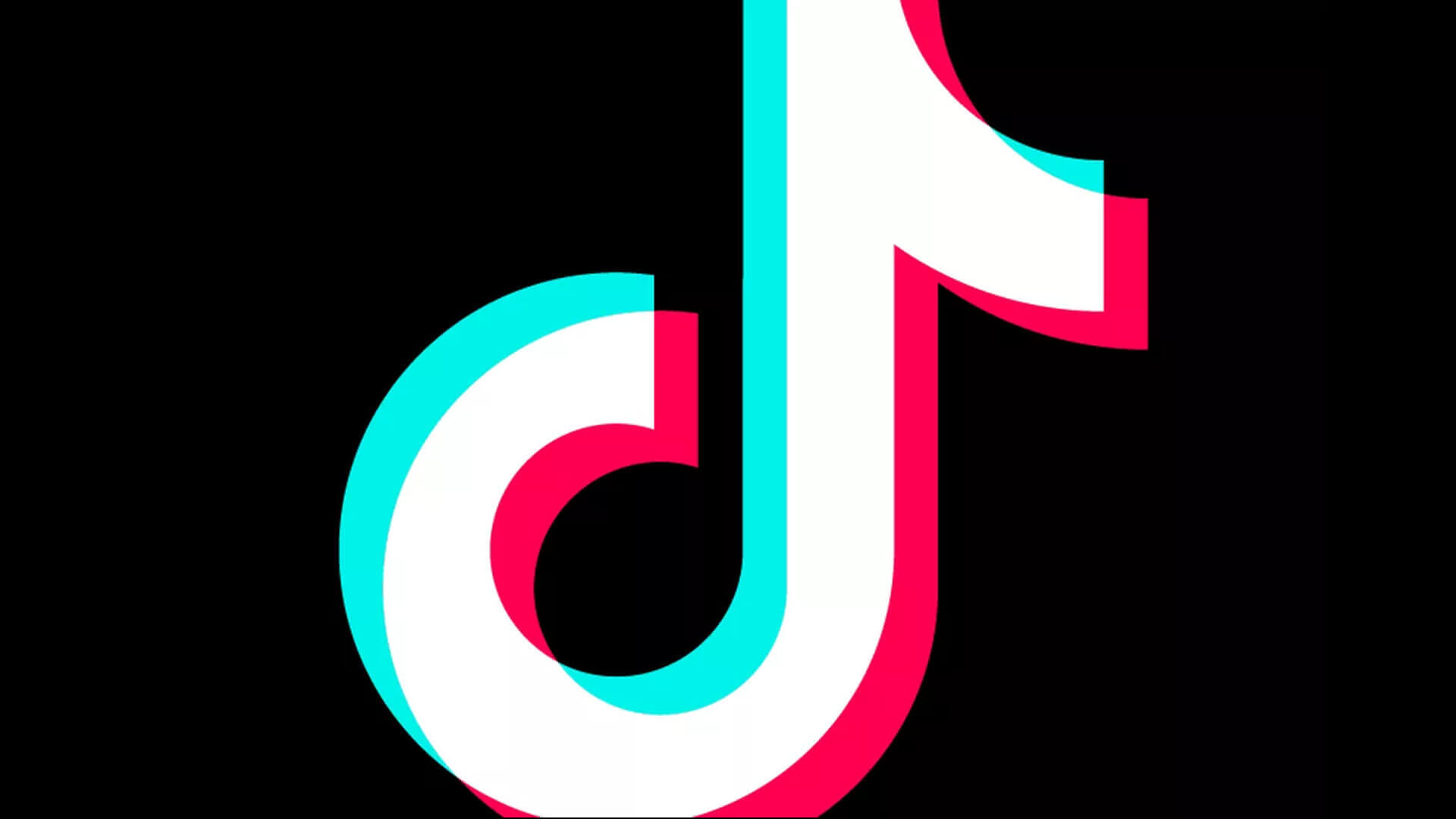 You don’t have to install the app to experience TikTok. If you’re reading this, odds are you’ve already stumbled upon a TikTok-emblazoned clip of someone wearing bread on their feet or feverishly performing a choreographed dance. None of it makes sense and that’s the point. It’s meme culture at its finest.

Teens see TikTok as a home for pure, unfiltered entertainment. Brands, on the other hand, are watching it like a shiny new penny. The platform known for hosting amusing video challenges inspired by the ephemeral (and often satirical) nature of Gen Z is now starting to become part of the marketing equation.

“Being there early allows brands to authentically tap into the ‘it-crowd’ as long as they can adapt their message to the fun and informal tone,” explained Fred Schonenberg, founder of New York marketing firm VentureFuel. But that informal tone, he explained, is TikTok’s entire value. “Brands who show up with standard corporate messaging will alienate the audience as quickly as they seek to be embraced.”

So, what is TikTok?

Boasting more than 500 million active users, TikTok is a mobile video-sharing app that stepped on the scene in 2018. Users can create and post short, looping videos set to music or sound bites – often with humor as the focal point. Like the other social platforms, TikTok features a personalized discover page, a home feed, user profiles, and a built-in suite of video editing tools. Because TikTok posts have a max length of 60 seconds, the end result is typically a quirky, highly concentrated form of entertainment that’s equal parts confusing and captivating.

Background. To understand TikTok, you have to look at it in the context of its forerunners, Musical.ly and Vine. Vine, the viral short-form video-sharing app launched in 2013, can be thought of as the originator of snack-sized viral video content. Vine put the wheels in motion for short videos to take off as a standard video format where creators could leverage the vertical orientation native to smartphones. (Snapchat and Instagram trailed this model with their own investments in video.)

In 2014, Musical.ly launched as a follow-up to the success of Vine, which Twitter acquired sadly shuttered in 2016. Users could create short videos with the added layer of lip-syncing. This approach, coupled with low production requirements, made it easy for just about anyone to create engaging content.

Fast forward to 2017, when Chinese tech giant ByteDance saw opportunity in Musical.ly’s content model. ByteDance acquired Musical.ly in 2017, and in 2018 rolled out to the international market with the name TikTok. By October 2018, TikTok was the most downloaded app in the U.S. and reached a record 1.5 billion downloads globally at the end of 2019.

What can you do on TikTok?

TikTok trends move fast. Blink and you might miss them. The platform doesn’t have the visual aesthetic of a curated Instagram grid – nor is it the place for serious issues (though some have tried). Facebook’s Mark Zuckerberg thought he hit the mark in comparing TikTok to Instagram’s Explore page (according to leaked audio from an all-hands meeting). PSA: Instagram and TikTok are definitely not the same.

TikTok has managed to create a distinctive social experience that values spontaneity, humor, and relatability above all else. It’s turned social media into pure social entertainment.

Here’s how users are getting the most out of the app:

Video
editing. TikTok
has provided an entire generation of users with a crash course in video
editing. The platform’s easy-to-use tools add a unique creative impact that
doesn’t require the learning curve of an advanced video editing platform.
Creators can choose from dozens of overlays, transition effects, filters, playback
speeds, text options, and sounds. It gives just about anyone the ability to
create an engaging video with just a few taps.

Playing with sound. The platform’s editing tools and advanced filters enable creativity by default, but a unique edge is the ability to add sound from a massive library of both licensed music and user-created recordings. After a video is posted, any user can rip the audio, re-create the parody, and throw it back into the TikTok ecosystem until the joke is dead. Similar to the way hashtags work to discover content, users can search for a song or sound to see the original content and all other videos it appears in. Sound on the platform inspires music video spoofs, funny lip-dubs, dance routines, and more.

Hashtag
challenges.
Viral trends start in the hashtags on TikTok. Hashtag challenges encourage
users to attempt and share their own unique takes on challenges posed by
different creators or brands – like Guess’s #InMyDenim challenge or Jimmy
Fallon’s #tumbleweedchallenge. Challenge have proven to be an engaging way for
users to easily create appealing content, while brands can use it as an
opportunity to build awareness with consumers.

React videos. Users on TikTok have taken the concept of a reaction to a hilarious new level. With the ‘React’ feature, users can record their own reactions (with audio and video) to an existing TikTok video. The reaction video can appear side-by-side with the original.

Cringe-worthy content. Like a train wreck you can’t look away from, cringe videos feature awkward performances aimed at getting a laugh. It’s a format made famous on YouTube, and TikTok-ers are playing it on their own terms with injections of youth commentary and social satire. Still confused? Here are some examples.

Older generations (Boomer, Gen X, Millennial) have used social as a mode of staying up-to-date with friends, exploring interests in groups, and communicating through messaging. Gen Z, on the other hand, is carving out its own value in social as an unbridled medium for entertainment, confessionals – and, well, dark humor. It’s part of the reason why brands have to think differently about their content approach on a platform that embraces weird, ephemeral, off-the-cuff entertainment.

“At the end of the day, people come to TikTok for engaging content, and brands can’t make the mistake of taking themselves too seriously,” said Tressie Lieberman, VP of digital and off-premise at Chipotle Mexican Grill. Chipotle stands out as one of the brands that understand how users are approaching TikTok – and what types of content they’re looking for, as you can see in this example:

Can TikTok
work for brands?

Now that TikTok has taken off in the U.S. – and looks likely to continue growing – brands are itching to get their messages seen. Before jumping into the memetic platform, businesses need to ask whether or not they should be marketing on TikTok in the first place.

For brands setting out to reach younger audiences with fun, challenging, or unusual content, TikTok might be the place. But it’s worth it to note that image-based ads and Instagram-style product endorsements won’t cut it when marketing on TikTok.

“You don’t want to show up and feel like an advertiser,” explained Lieberman of Chipotle. “It’s not about creating content for Instagram and then posting it on this platform; it’s about really using the power of this particular channel and sharing content that will resonate specifically on TikTok.”

Here are some of the ways brands are dipping into TikTok.

Advertising. TikTok’s advertising business is still in its infancy. The platform introduced a self-serve ad offering in beta last year, garnering enthusiasm from the brands who were first to test it out. The platform is still in beta testing and lacks some of the more robust targeting options and programmatic features that enable advertisers to automatically buy and measure ads.

For now, advertising on TikTok is only offered on a CPM basis (cost per thousand impressions). To get started, advertisers will need to create a TikTok ad account, after which a representative will grant access to the beta self-serve ad platform. Once in, the process for creating an ad is similar to other social platforms. Advertisers can define the campaign objective and select targeting rules based on age, gender, location, interests, etc. There is also an option to define the ad placement (TikTok, its affiliated apps – or both), as well as an option for automated placement (in beta).

Social commerce. In November, TikTok began testing shoppable video posts, making it possible for creators to place social commerce links in their posts. Users can then complete a purchase without leaving the app. For now, the option is still in beta with no current word on when it will roll out more broadly.

Chipotle Mexican Grill. Chipotle teamed up with its fans to create a series of challenges. Its first viral challenge kicked off in May 2019 after a customer filmed a video doing a lid flip, which Chipotle then posted to Instagram. The post racked up over a million views, prompting the brand to turn to TikTok to invite customers to try the lid flip trick for themselves with a branded hashtag challenge. The #ChipotleLidFlip challenge received over 104 million views, 111,000 video submissions, and over 59,000 participants during the campaign.

e.l.f. cosmetics. Makeup brand e.l.f. also found viral success with the hashtag challenge format. With over 3 million organic views of the #elfcosmetics hashtag on TikTok, the brand developed its own challenge to engage with the creator-driven community. The #eyeslipsface challenge “encourages raw and authentic videos that extend beyond makeup, and even beyond makeup users, with a focus on unleashing s(e.l.f.)-expression,” said a spokesperson at e.l.f.

While the vast majority of brands continue to push their polished Instagram content into Tik Tok, e.l.f. designed its campaign from scratch and was the first brand to create original music for a TikTok hashtag. The campaign broke the record for the most user-generated videos in a TikTok brand campaign and was the first sponsored brand to hold the #1 trend spot on TikTok. The campaign currently has 4.4 billion views and is growing.

Here’s what it looks like, courtesy of Jessica Alba (yes, celebs are getting in on it, too).

Perhaps the most valuable facet of TikTok is its audience. They’re young, sure, but they want a digital experience that’s authentic, homegrown, and thoroughly entertaining. It’s part of the reason why reactions and challenges have taken off at warp speed. Instead of standing by and watching social play out from a distance, TikTok users are diving in head-first to leave their mark in near real-time.

“While other social platforms compel users to post carefully curated content, TikTok invites users to release their inhibitions, have fun, and get silly,” said Ashley Fauset, VP of Marketing for Stardust. “Today’s consumers are increasingly savvy when it comes to advertising. Brands should pay close attention to the differentiation between TikTok and other platforms, and craft their channel strategy accordingly.”

The post TikTok 101: A primer for brands appeared first on Search Engine Land.